Barouk Village is a village in the Chouf District of Mount Lebanon Governorate in Lebanon. Barouk is located 52 kilometers southeast of Beirut. Its average elevation is 1000 to 1200 meters above sea level and its total land area consists of 2,762 hectares. The village had 5,197 registered voters in 2010

Al Shouf Cedar Nature Reserve is a nature reserve in the Chouf District of Lebanon. It is located on the slopes of Barouk mountain and has an area of 550 km2 (210 sq mi), nearly 5.3% of the Lebanese territory.

The reserve contains the Lebanon cedar forests of Barouk, Maaser el Shouf, and Ain Zhalta-Bmohray. It is an Important Bird Area (IBA) and Eco-tourism area. It hosts 32 species of wild mammals, 200 species of birds, and 500 species of plants. The founder of the reserve is Walid Jumblatt.

It rises in the heart of Chouf, as the most eminent archaeological heritage from the XIXth century’s architectural Renaissance in Mount Lebanon, and a proof of the continuity of the national governance from the Emirate era up to the Republic era.
In 1806, after having consolidated his rule, Emir Bachir Shehabi II (1788 – 1840) boosted his status by pomp and extravagance. Indeed, he built a palace on the Beiteddine hill, near Deir El Kamar (750m above sea level), and soon moved therein the headquarters of the governance. Till the date, the Palace and the canal which was built between 1812 and 1815 to draw the water from the Safa River, still speak up about Emir’s activities in the construction field.
The Beiteddine Palace remained the headquarters of the Emirate till 1840, the year during which Emir Bachir II was exiled to Malta, then to Istanbul where he died in 1850. After the abolition of the Emirate and the establishment of the Kaemmakamiyat system in 1842, then the Moutasarrifiyat following the incidents of 1860, the Armenian Moutassaref Daoud Pasha purchased the Beiteddine Palace for the Lebanese government from the Shehabs and turned it into the summer residence of the Moutassarefs who successively took office between 1864 and 1915.
Under the French mandate (1920 – 1943), and after the declaration of the Republic of Lebanon in 1926, large-scale restoration works kicked off at the

Palace to recover its original splendor.

In 1934, the Palace was labeled a “historical building” and was listed in the general inventory of historical and archeological buildings.
At the onset of the Independence era in 1943, the Palace became the official summer headquarters of the Presidency of the Republic. The first President who stayed in it was the Independence President Sheikh Bechara Khalil El Khoury who also supervised the restoration of the Palace (Salamlek and Haramlek), paved its yards and the roads leading to it.

Thanks to the determination and support of President El Khoury, the Lebanese government made some endeavors with the Turkish government to recover the remains of Emir Bachir Shehabi II from the Armenian Catholic Church in Istanbul, in order to bury him within the Palace he had built. In the summer of 1840, the Turkish government accepted the Lebanese request. A delegation headed by the Commander-in-Chief of the Army leader Fouad Shehab traveled to Istanbul and received the remains which were transferred by railway to Beirut, and were welcomed by Lebanon with graciousness and honor. The government held national funerals for the Emir which were transferred from the port to the Martyrs Place then to Beiteddine where he was buried in a private graveyard within the historical palace.

During the mandates of Presidents Bechara El Khoury and Camille Chamoun, the presidency’s departments used to move during the whole summer to the Beiteddine Palace. As for President Fouad Chehab, he only stayed at the Palace for one night, unlike Presidents Charles Helou, Sleiman Franjieh, Elias Sarkis, Emile Lahoud, and Michel Sleiman who were keen on spending a part of summer at the Palace, with the distinction that President Sleiman stayed the longest period of summer in Beiteddine, compared to the former Presidents.

Deir al-Qamar, meaning “Monastery of the Moon“is a village in south-central Lebanon, five kilometers outside of Beiteddine, consisting of stone houses with red-tiled roofs

During the 16th to 18th centuries, Deir al-Qamar was the capital and the residence of the governors of Lebanon. It is also notable for its 15th-centuryFakhreddine Mosque, Fakhreddine II Palace, and other historical palaces and administrative buildings. The 17th century Deir al-Qamar Synagogue is also in the village, although closed to the public. During its peak, the city was the center of Lebanese literary tradition. It was the first village in Lebanon to have a municipality in 1864, and it is the birthplace of many well-known personalities, such as artists, writers, and politicians. It was the winter capital of the Druze Cancimat of Lebanon (1840-1860), the summer capital being Baakleen. Deir al-Qamar is known as the Capital of Emirs. From its palaces, Mount Lebanon was governed from the 16th century until the 18th century. People from all religious backgrounds lived there and the town had a mosque, synagogue, and Christian churches. 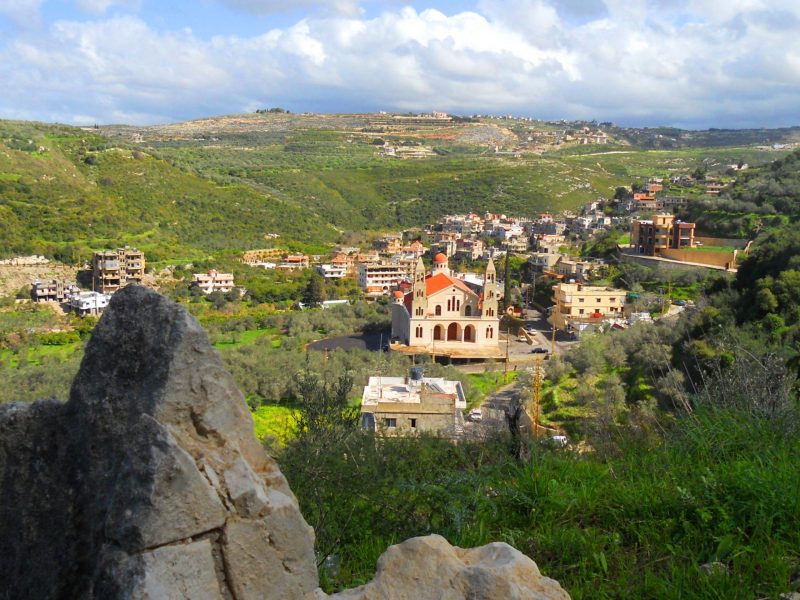 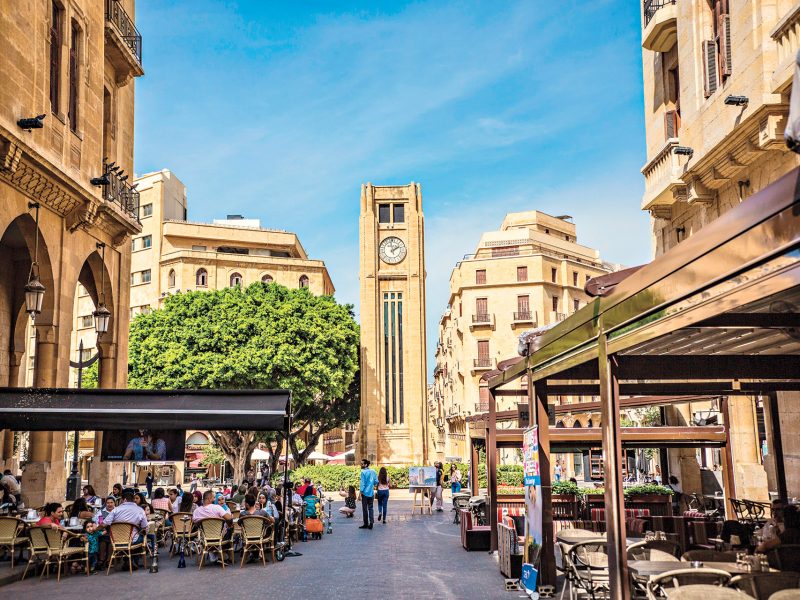 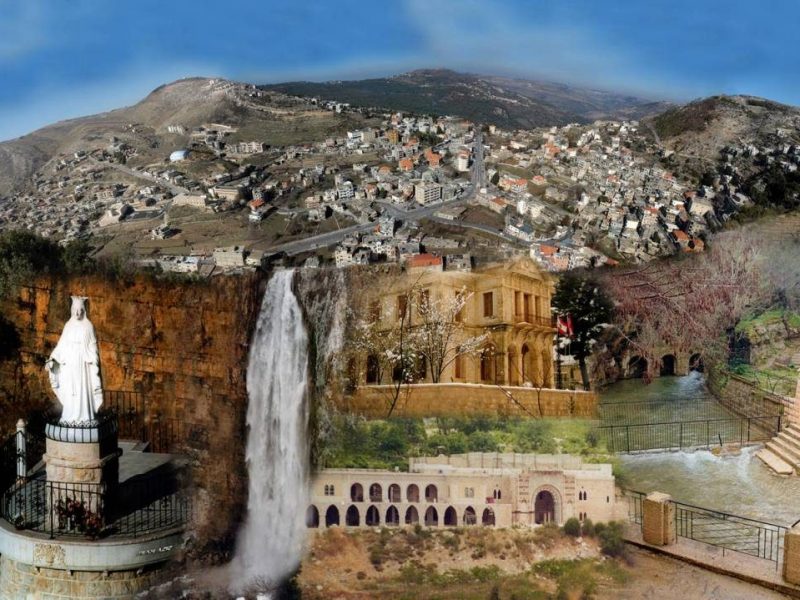 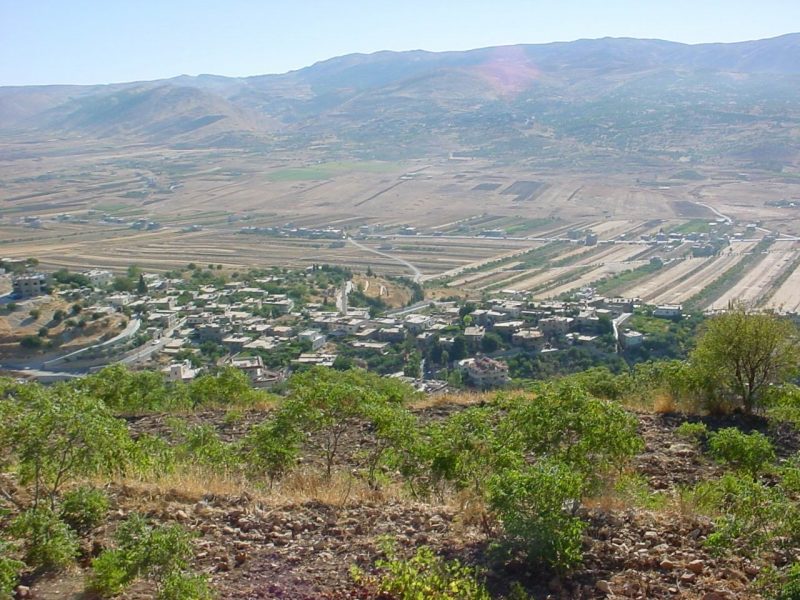