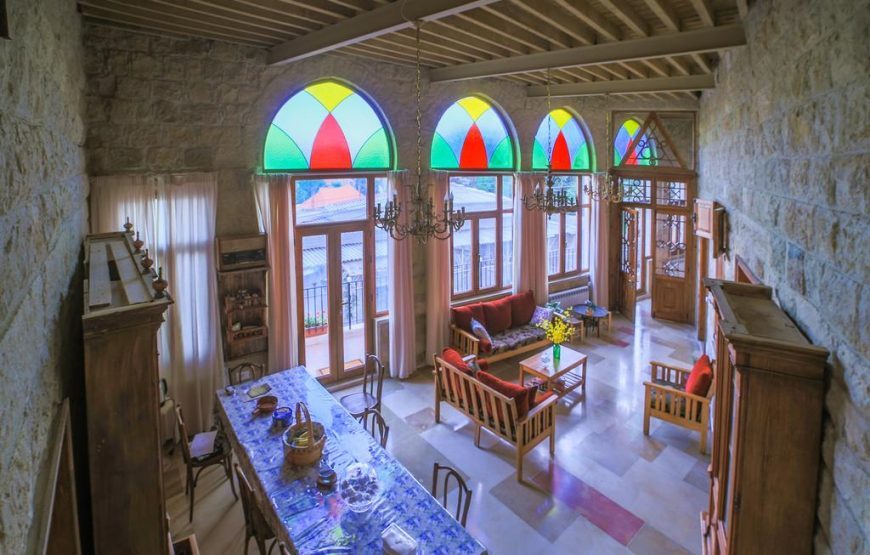 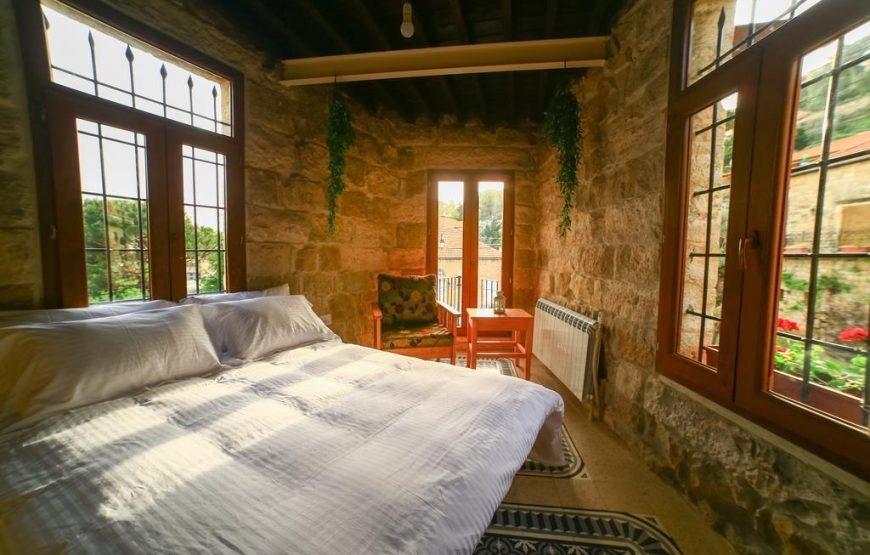 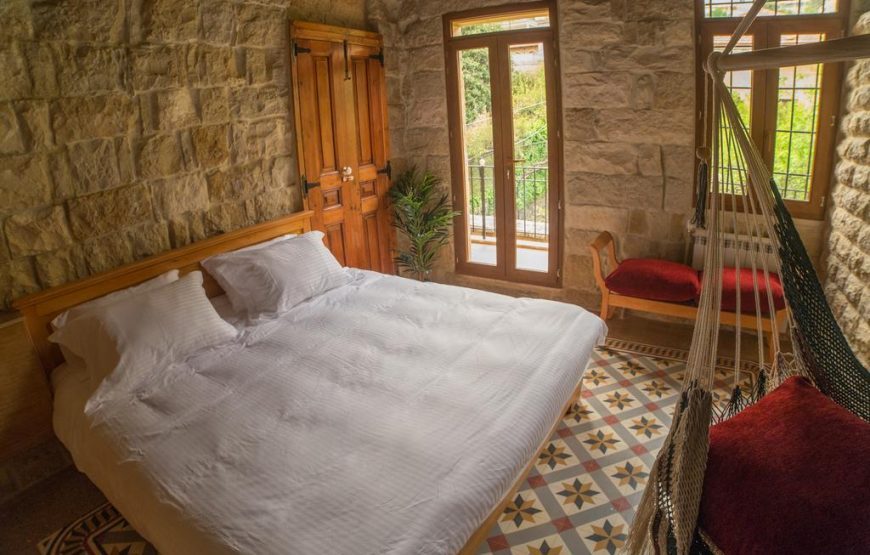 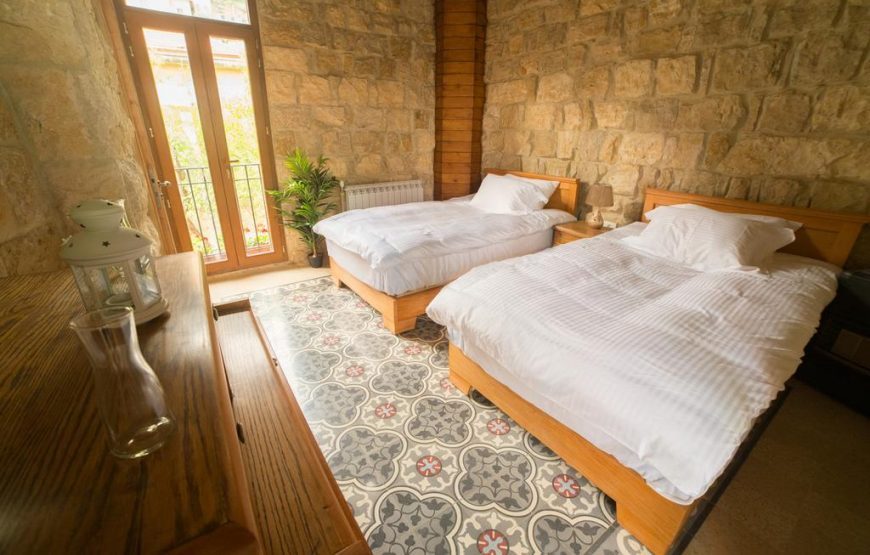 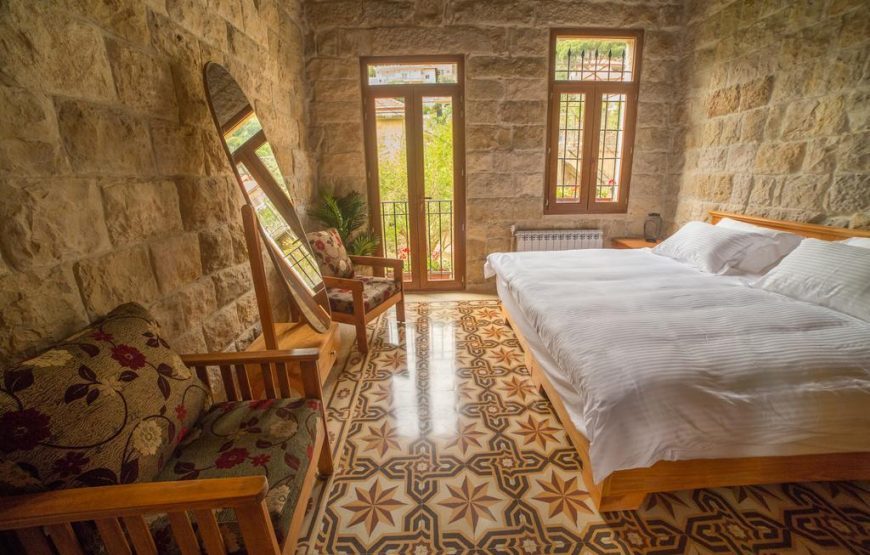 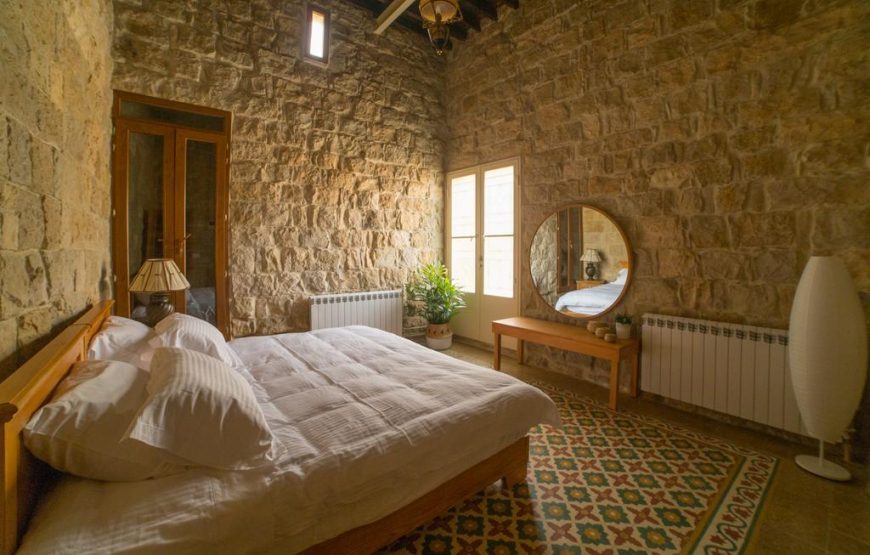 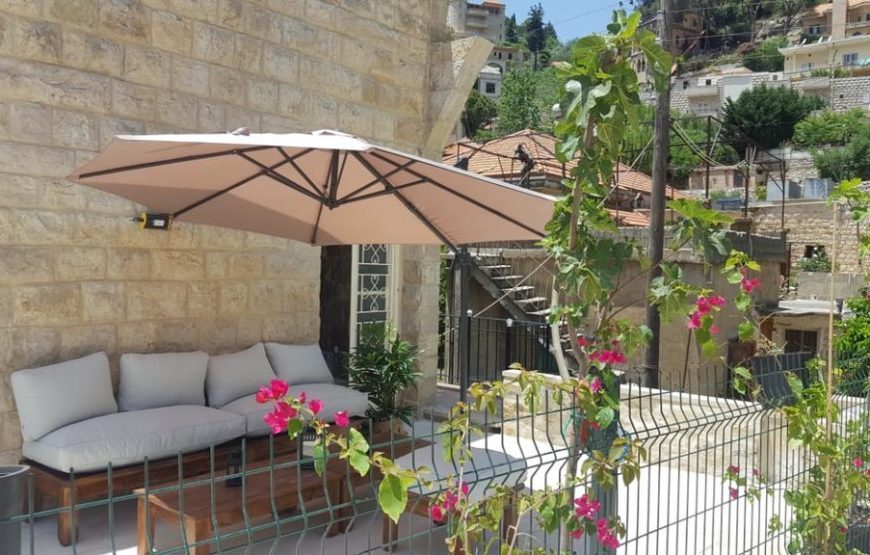 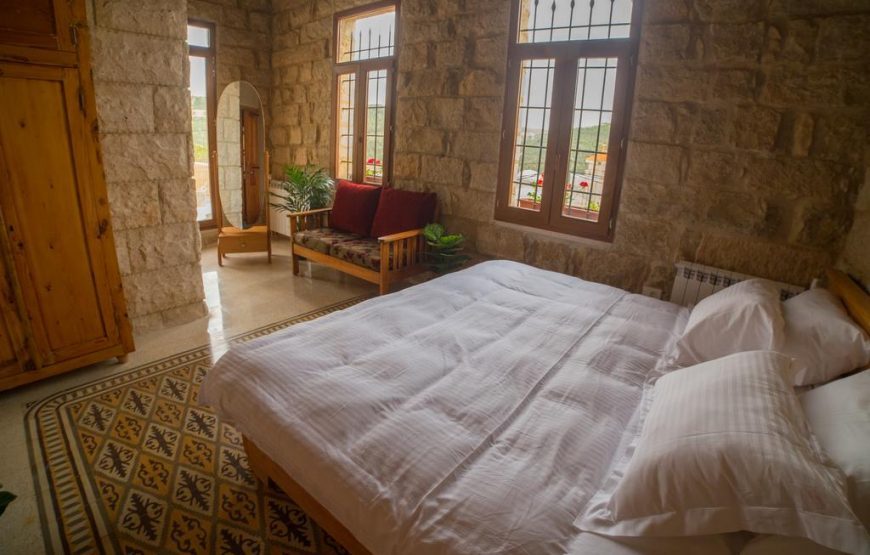 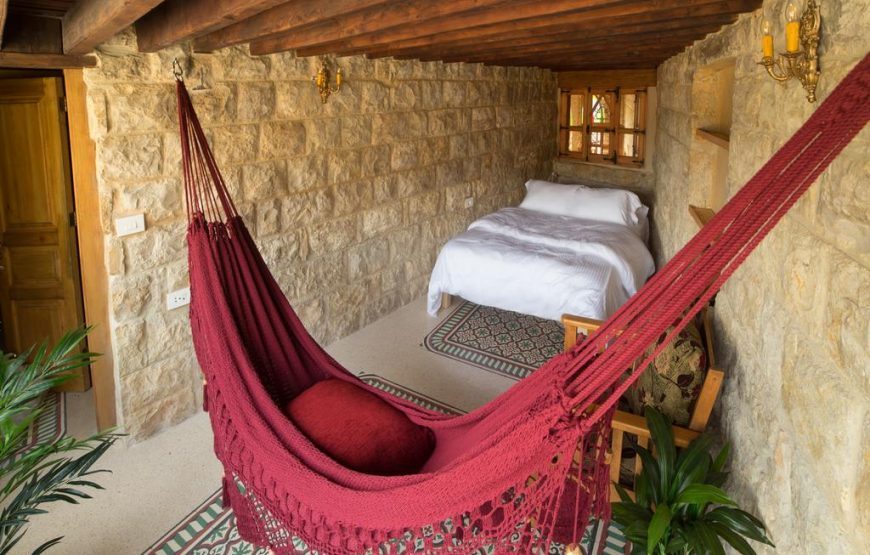 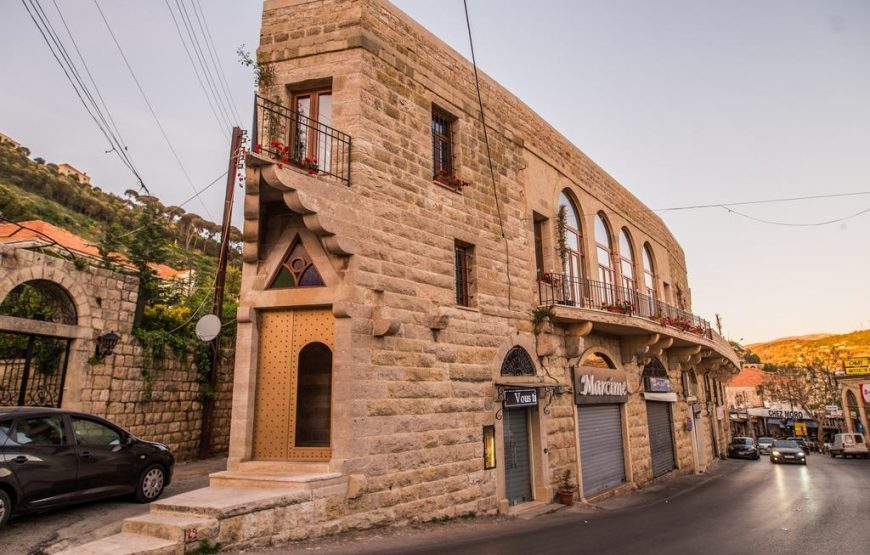 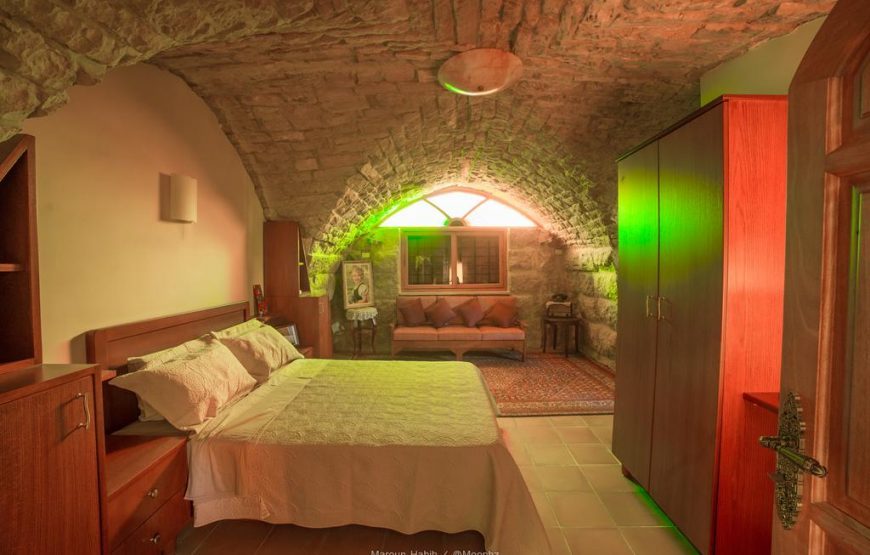 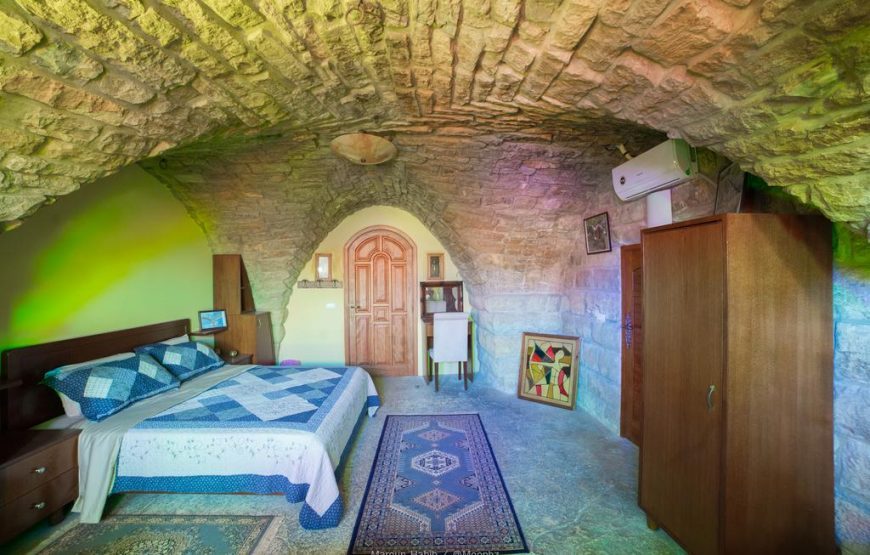 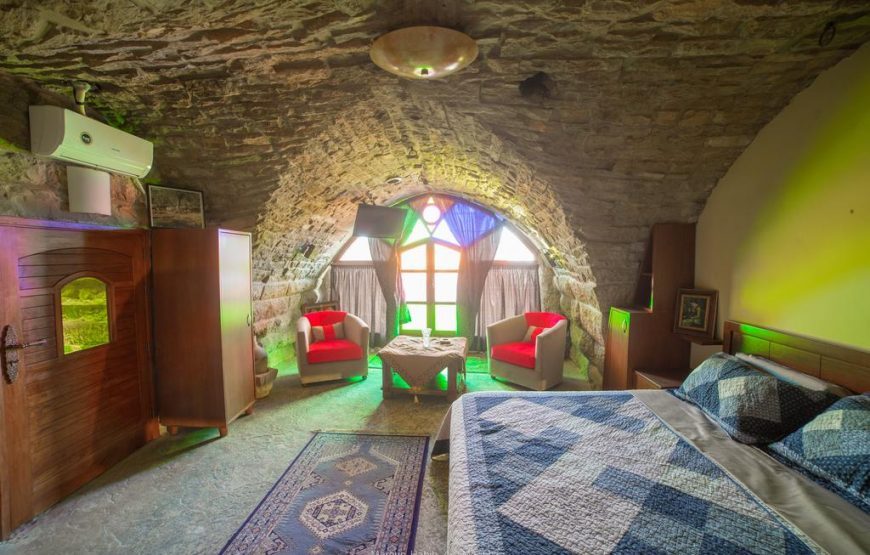 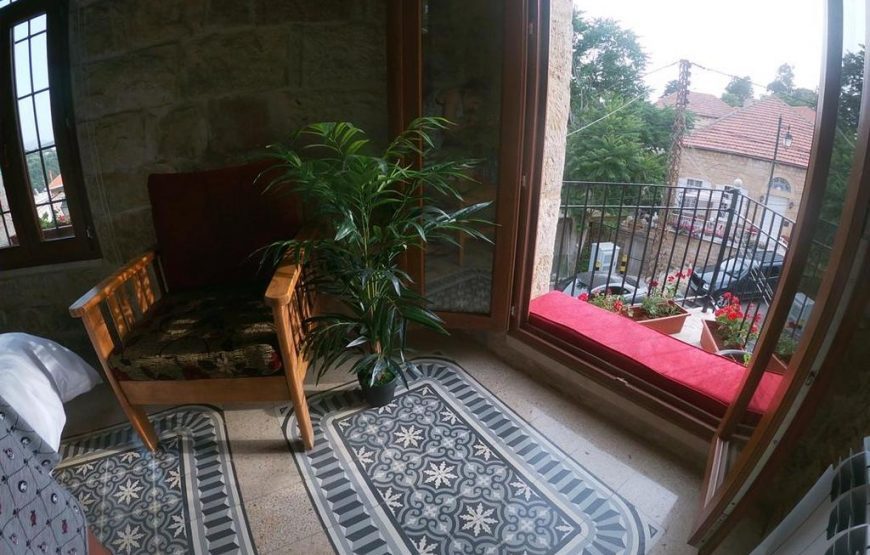 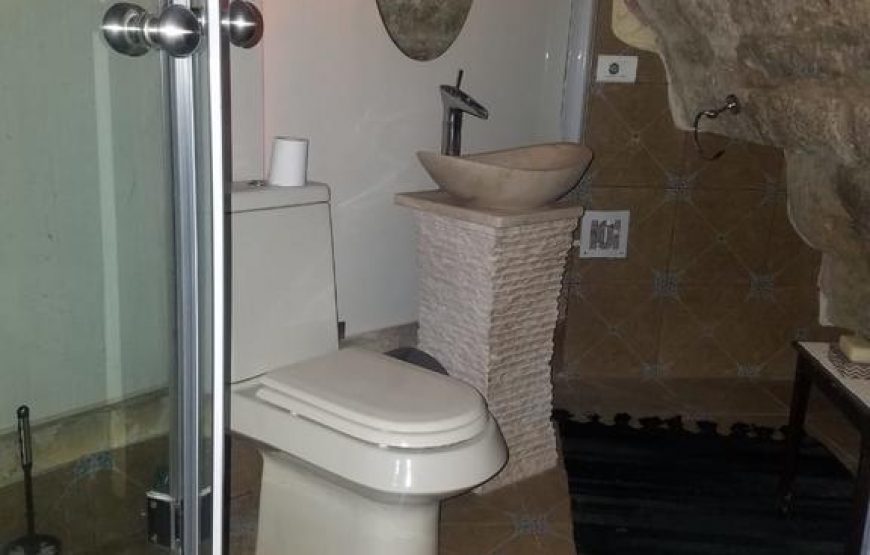 Deir El Kamar, “Monastery of the Moon”, the first Lebanese capital in the modern history for more than three centuries (1516 to 1860), is located 35 kilometers south-east of Beirut in the Shouf District of Mount Lebanon at an average altitude of 900 meters. Shebbak Habib, “Window of Habib”, has a unique unduplicated architecture, not just in Lebanon but worldwide. With its triangular geometry, irregular-shaped rooms, and its quad-arch, each limestone and stair of the guesthouse has a story to tell. Shebbak Habib has 7 rooms accessible from the common hall, and 2 suites with a private entrance.

Historically, Youssef Rihane built the house in 1837, (185 years old) as a family house and health clinic. In mid 1900’s, Dib family converted the house to a theater. Now, Habib family owns the building since four decades and recently restored it to a Lebanese guesthouse.

Shebbak Habib is a guesthouse in the heart of Deir El Kamar, on the main road, and directly next to the main square attractions and to the narrow historical streets of the village.